We now have trishaws in the following locations:

Waterford City: At Killure Bridge Nursing Home. This bike was sponsored by the Transition Year 2018 students of Newtown School.

Co. Leitrim:  Three bikes, sponsored by Leitrim Sports Partnership with grant aid from Healthy Ireland. One in Drumsna Community Resource Centre, one in Manorhamilton, and one in Carrick-On-Shannon.

Co. Westmeath: Westmeath Council locations for 2 trishaws to be announced 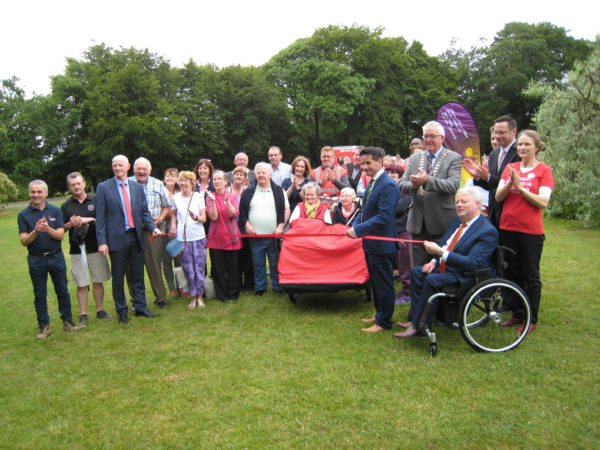 Clonakilty, Co. Cork: This bike operates in the community, and is managed by Jack Kelleher of the Bike Circus, and Tom O’Donovan of O’Donovan’s Hotel.

Cork City: Cork County Council has a bike operating in a care home in Cork city.

Co. Louth:  Four trishaws, one sponsored by Louth Council, and two by Dundalk Institute of Technology, with funding from Healthy Ireland.

There are now trishaws at the following locations:

The Royal Hospital Donnybrook, D4. Sponsored by Friends of RHD.

We have a demonstration Trio bike trishaw at 17 Pine lawn, Newtownpark Avenue, Blackrock, Co. Dublin. We use it for pilot-training, to show to potential sponsors and care homes, to take to conferences, shows, summer parties and the like.