In preparation for launching Cycling Without Age in Dublin and in Ireland, we, my husband Charles Mollan and I, thought it a good idea to join the Dublin Cycling Campaign (http://www.dublincycling.com) and Cyclist.ie, the Irish Cycling Advocacy Network. Cycling in Ireland is not as developed, welcomed or appreciated as much as it is in other countries, sad to say. When I tell people I love to cycle everywhere, most think that I am mad! Many car drivers see cyclists as ‘the enemy’, and treat us accordingly. Some cyclists are not the most observant of the Rules of the Road, so they get all cyclists a bad reputation. We do not have a well-developed cycling network or many off-road cycleways in Dublin or elsewhere in Ireland. So, trying to promote Cycling Without Age in such an atmosphere is not ideal, but it is such a brilliant concept that we must overcome all the obstacles. The above link is an interview I gave to an online cycle magazine, www.irishcycle.com

The story starts to get exciting!

We realised that trying to explain the CWA concept here might be difficult, so we purchased the first bike in Ireland out of personal funds. This gives us a demo bike which we have been using to show to nursing and care homes, to potential corporate sponsors and to interested organisations and individuals. This approach has proved to be very successful. Having a bike here has also been vital for getting media exposure, as we can take journalists and photographers out for a spin too! 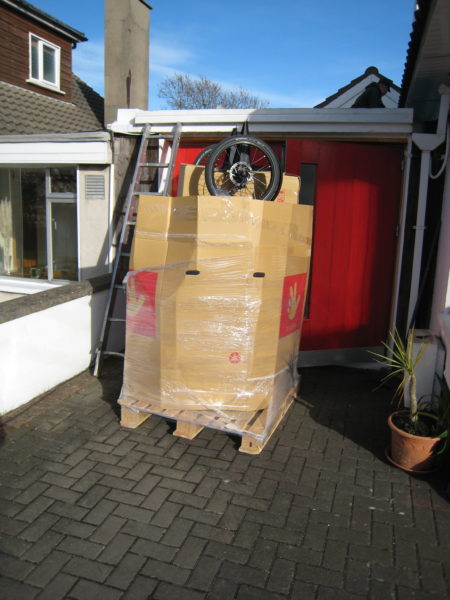